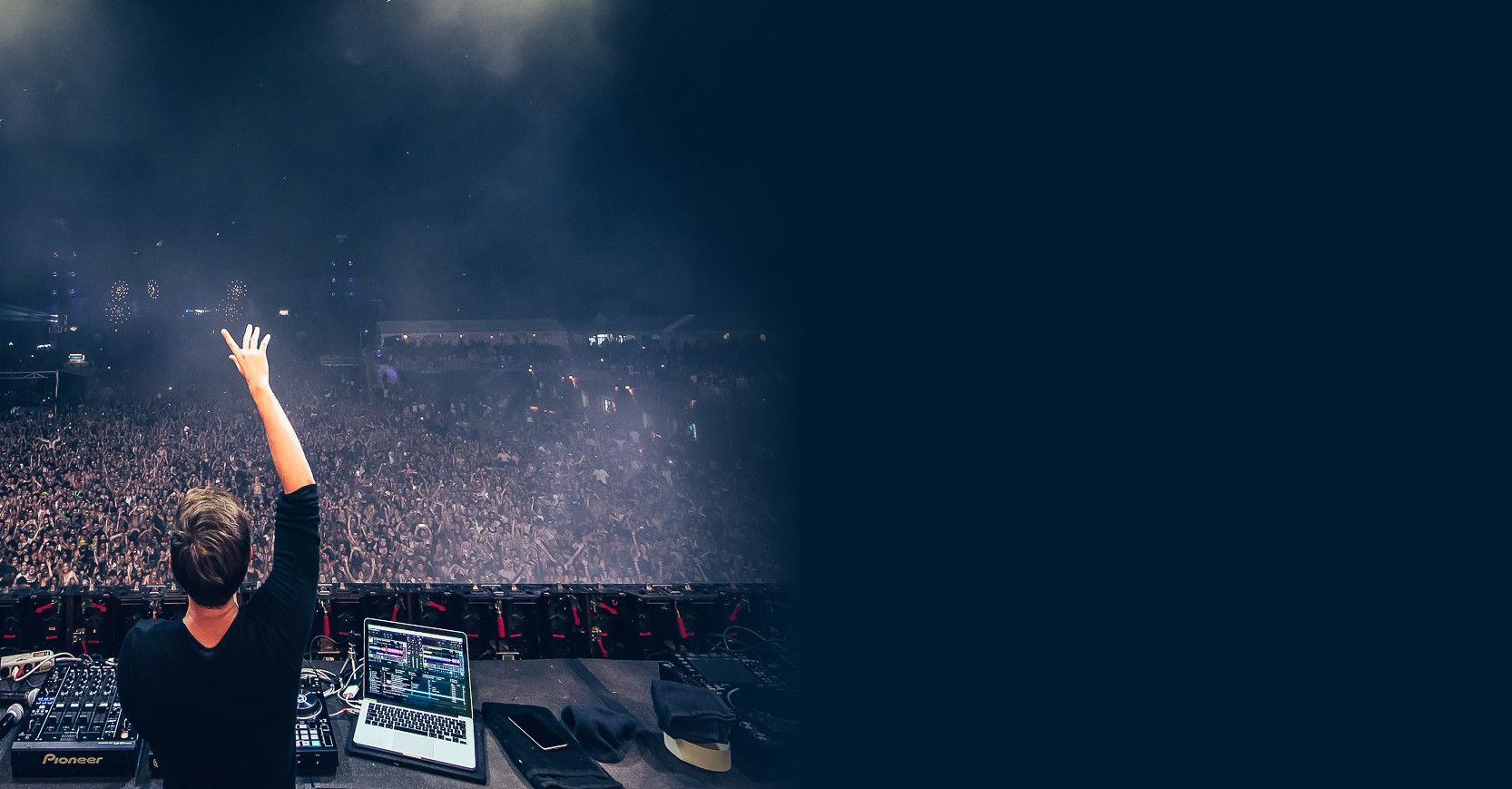 What's on your mind?

This is the place to talk about your favorite topic, to share news, theories, ideas, and to connect with others. The content from your Forum has been converted to Discussions posts, so nothing has been lost.

To learn more about what you can do here, check out community.wikia.com/wiki/Help:Discussions

If you're an admin on this community, read more about how you can customize your Discussions and set up guidelines for contributors: community.wikia.com/wiki/Help:Admin_and_Moderator_Tools_in_Discussions

Know what that means?

That means the time of #zeddception is upon us.

"I don't know what the freak Zeddception is," you say? Let me explain.

On this day in 2013, deadmau5 triggered a sort of social epidemic (dubbed "Zeddception") that caused a ton of Zedd fans to change their Twitter icons to pictures of Zedd.

Really, that's about it.

Nothing much to it!

And—news flash—I'm going to join the fun this time. (My Twitter is @KCC_on_Wikia if you're curious.)

Today's not gonna last forever, so if you have a Twitter and want to take part in the chaos, change your icon now and attempt to tweet Anton himself.

Because if you don't, the bear's gonna get you...

I am just a single person in a physical world of several billion and a single user of an online network of tens of millions. As much as I love to feel helpful to this wiki by being really the only one who does much, I cannot do everything myself. Heck, even after spending countless hours researching various topics and scrolling through social media feeds, this wiki is still lacking in vital content.

For example, we don't have many images here. Why? Well, copyright and privacy are both valid reasons, but another reason is because I don't always have a whole lot of time to invest in Google Images searches. Like I said earlier, I'm literally the only one who actively contributes to this project, meaning I'm stuck finding every. Single. Image these days. However, if others decided to help out, not only would my job as this wiki's bureaucrat be so much easier—we'd cover more, and we'd do it faster.

It was while I was contemplating my dilemma that I came up with what I'm about to say. Wikis and wikias are meant to get the community involved, so why not do this?

And with that said, I now commence Operation Spectrum: Code Iris—the first of what I hope to be a series of community events.

Contents[show]What is "Operation Spectrum" in general?

Fans can be some of the greatest people when it comes to finding out information about what they love. OS is meant to harness that power in a way that many people can see, read, and even add on to.

Periodically, I'll post little things registered Wikians and unregistered anonymous viewers alike can help us with. My goal is to get not just those with Wikia accounts involved, but also those outside of Wikia, like people with accounts on Twitter. Because involvement, people! ;)

Oh, and yeah—the "Spectrum" part came from the song. *wink*

What do you mean "Code Iris"?

Just as a random add-on, each OS post will have a different identifier. For this particular period in time, I chose the word "Iris". Why, you ask? With the True Colors Tour now upon us in the United States, it's going to get colorful...and in Greek mythology, Iris is the personification of the rainbow. :P

So, what can I do to help out?

Coverage of the TCT, as well as expansion of the True Colors album page, is going to be a priority here. (If we can get that done, we can move on to Clarity and the people pages.)

You have two options for contributions: visual and written. Feel free to do them both, but let me first list some things about both categories.

Visual contributions include photographs and video evidence shared via social media or another sharing platform. If you get the chance to go to the TCT, try to take some pictures or video while there—images taken by fans (as opposed to Rukes) are not copyright violations as long as someone gives them attribution. If you have Twitter, tweet them to either @KCC_on_Wikia (my personal account) or @ZeddWiki (the account for the Zedd Wiki as a whole). Remember that you'll probably get a faster response if you tweet them to me directly, though if you don't have Twitter, you can always create a Wikia account—even if it's just for the photos. (You're not required to stay on the actual wiki, though.)

Written contributions include both primary sources (social media posts by Zedd himself or a collaborator, or a retweet by such an account) and secondary sources (though I strongly recommend using primaries instead when you can). If possible, try to get Zedd to notice you via Twitter, Facebook, etc., but please, please do not go all "NOTICE ME SENPAI!!" on his notifications. As for actually writing stuff on this wiki...you don't need an account to do so. Feel free to edit here as you are. :)

Like I said, you are more than welcome to contribute in both categories. ;)

What if nobody contributes to this?

Then I just wasted three hours of my life drafting and writing out a totally worthless announcement. :(

Well, I think I've said enough. To everyone reading this who wants to contribute to the operation (if that's anyone)...good luck! :D

Inspired by a similar discussion on another wiki, I have decided to start a "Dream Collaborators" discussion here on this wiki.

If you're feeling really creative, you could also post what kind of song you'd want them to collaborate on (e.g. Would it be about unconditional love, like Spectrum? Tragic love, like Clarity? Or something totally random?).

As if Taylor Swift's renowned influential letter isn't already the Apple Music story of the year, all of us on the wiki are in for a surprise.

Earlier today, Zedd released an instrumental demo of an unreleased track of his via the platform. The three-minute fifty-second demo was accompanied by this message:

GUYS!!! Here is a track demo I’ve produced that I LOVE but never finished. I haven’t been able to find the perfect vocal and I want your help!! Send me your ideas to: ConnectWithZedd@zedd.net!! Let’s Connect!!!! :) – Anton

Don't see where I'm going with this?

Well, let me tell you then!

What if we, the Zedd Wiki, came up with some suggestions? I mean, chances that one of our vocalists will get chosen are unfortunately low (*looks away for a brief moment*)...but just being involved in the process, in my eyes, sounds like it could be real cool. And aren't wikis all about collaboration?

Listen to the demo as many times as needed, then post your thoughts below!

It's been over two years since Clarity (the album, that is) was first released. For those two years, nobody really had a clue about what Zedd's next studio album would be, or even if there would be a next one. Nobody really knew.

It was confirmed via Facebook, Twitter, and a special (and mysterious, I must add) website around two months ago. Exclusive events available only to a lucky few started being hosted to hint at its tracks. And as the clock counts down, minute by minute, hour by hour, day by day, we're waiting with much anticipation…

...for the release of True Colors!

As an added surprise: the original release date was scheduled to be May 19, 2015...but the date was changed to the 18th, meaning there's one less day we'll all have to wait!

In the meantime, check out zeddtruecolors.com for information on the final True Colors events. Who knows? One of the final few may be near you...

As of the time I'm writing this, True Colors is only a few hours away from being released (unless you pre-ordered it via iTunes, in which case you should already have all the songs). For those of you who chose to buy it and have heard it already (and for those of you who will wake up tomorrow or a few days from now and listen to it)...what do you think about it? Is it better than Clarity? Worse? About the same? Share your thoughts below!

If you're feeling like giving it a star rating, see here.

Hello! My name is KCCreations, though you can just call me KC, and I am a bureaucrat here on the Zedd Wiki.

On February 7, 2015, I began running a bot on this wiki; her name is Little Codec (yes, Codec like the Zedd song; and I wanted to personify her), and she is primarily being used for changing page categories, link correction, and other minor fixes like that.

I wrote this announcement quite some time ago; however, due to other issues on the wiki, the vote on whether or not to get LC flagged was never completed. So I am starting it up again.

Do you want her flagged? Do you not? Or do you have no idea? Please respond with your honest thoughts.

(If you are curious to know what flagging is and why it can be convenient, see Community Central's explanation.)

I have highlighted this announcement to address an important issue: this wiki's bureaucrat situation.

These days, I have found myself doing almost all of the content creation, file uploading, social media-searching, Music Hub story-requesting, etc. on this wiki. Every now and then, a new contributor joins our almost nonexistent community, but almost all of them leave immediately after. Most of them never even joined to edit; rather, they joined to ask me to come on Community Central.

Raniero R, our current (and only) bureaucrat, rarely edits anymore. Every now and then, he edits his userpage or a template and/or, on occasion, uploads a photo. He may talk with an anon or ask me not to do something...but that's it.

As assistant administrator of the Zedd Wiki, I strive to make the wiki as detailed and welcoming as I can even when it seems like nobody else cares about it. That is why I am holding this vote.

Following the advice written in a blog post by Wikia Staff member Sannse, I will contact Staff and ask for them to revoke Raniero R's rights if the community is in favor of doing so. If not, this discussion will be closed until further notice.

I am also implementing a voting system for this situation. If the community decides it works well, we may use it more often in the future.How to Vote: If you generally support the decision being made, type:

If you strongly support the decision being made, type:

If you generally oppose the decision being made, type:

If you strongly oppose the decision being made, type:

If you have no side and/or just want to add a comment, just type:

Be sure to add the reason for your position after the vote.

Strong support: The current bureaucrat deletes my contributions without providing much of an explanation. Whenever I try to reason with him, he ignores me.

IT'S HERE!! Zedd and Selena Gomez's new collab I Want You to Know has been released! Have you heard it yet? (If not, see below.) If so, what do you think of it? 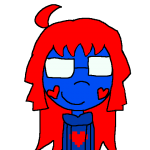