"Aura" is a song by American recording artist Lady Gaga from her third studio album ARTPOP. It was written by Gaga herself and produced along with Zedd and psychedelic trance duo Infected Mushroom.

I killed my former and
Left her in the trunk on highway 10
Put the knife under the hood
If you find it, send it straight to Hollywood

I'm not a wandering slave, I am a woman of choice
My veil is protection for the gorgeousness of my face
You want to pity me 'cause was arranged one man to love
But in the bedroom, the size of him's more than enough

Enigma pop star is fun, she wear burqa for fashion
It's not a statement as much as just a move of passion
I may not walk on your street or shoot a gun on your soil
I hear you screaming, is it because of pleasure or toil? 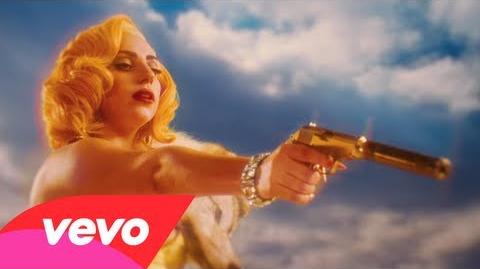 Retrieved from "https://zedd.fandom.com/wiki/Aura?oldid=9563"
Community content is available under CC-BY-SA unless otherwise noted.