"Candyman" is a song by Zedd and Aloe Blacc, with additional production by Grey and Joseph Trapanese. It was released on February 26, 2016.

Zedd and Blacc announced the song on February 19, 2016. The latter of the two also tweeted a sample of the lyrics: "And it feels so good!" In addition, previews of the song were scattered throughout various M&M's Twitter videos—one of which featured Zedd and another Blacc—to commemorate the candy's seventy-fifth anniversary.

The song was posted onto Zedd's SoundCloud on February 25, 2016, and released along with a music video the next day. A live performance stream of the song was also hosted via Facebook on March 3.[3]

Chasing after rainbows
Somewhere in the the sky

And it feels so good

And it feels so good

The candyman can because he mixes it with love
And makes the world taste good... 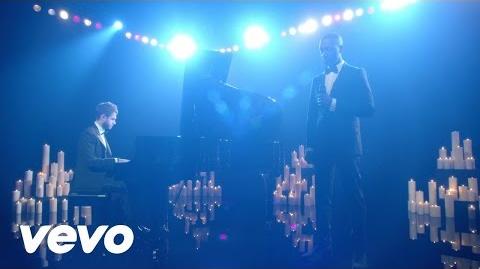 Retrieved from "https://zedd.fandom.com/wiki/Candyman?oldid=9628"
Community content is available under CC-BY-SA unless otherwise noted.