"Starving" is the title of a single by Hailee Steinfeld and Grey featuring Zedd. It was released on July 15, 2016.

Steinfeld retweeted a tweet of Zedd's on June 14, 2016, hinting at the collaboration.

On June 15, 2016, Steinfeld posted a picture of herself and Zedd in the studio via her Snapchat.[2] Grey also posted a video of themselves with "Hailee" (Steinfeld) and "Anton" (Zedd), saying in the caption that they were "tracking woo's".

Zedd performed the song at the 2016 Electric Daisy Carnival in Las Vegas on June 18[3] and tweeted part of the lyrics ("I didn't know that I was starving till I tasted you. / Don't need no butterflies when you give me the whole damn zoo.") the next day.[4][5]

On July 8, 2016, she posted sneak previews of the song and confirmed its title and artists via social media; Grey posted its release date via Snapchat that same day.

Katherine Barner of Idolator called the song "a dreamy, teen romance anthem," and added that "the song's tropical-tinged beat makes it a great addition to everyone's summer playlist."[7] Teen Vogue's Isis Briones said that the song "has a soft guitar start and builds up to a mellow dance tune, perfect for a low-key summer night with your best friends. Thanks to the catchy lyrics and Zedd's smooth transitions, you'll instantly pick up on all the words to the song after just listening to it a few times. There's no doubt this single will soon top the charts, so get on it early and add it to to your playlist ASAP."[8]

By the way, right away, you do things to my body
I didn't know that I was starving till I tasted

By the way, right away, you do things to my body
I didn't know that I was starving till I tasted

Steinfeld released the song's audio onto her VEVO channel the day of its release and a lyric video on August 29, 2016.

Rukes first confirmed via a series of photographs on his website that a music video for "Starving" would be coming. The music video, directed by Darren Craig and produced by Nathan Scherrer, was released on September 27, 2016. 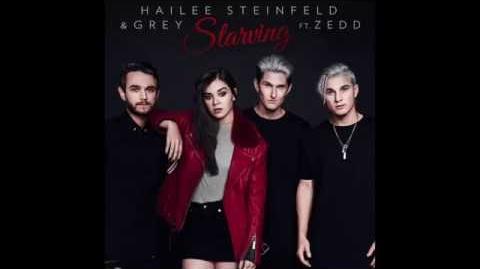 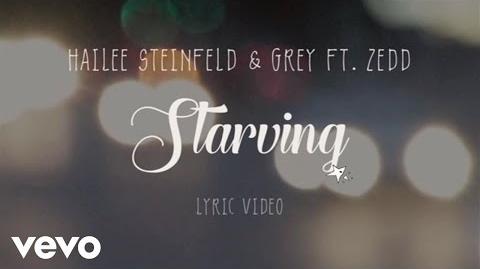 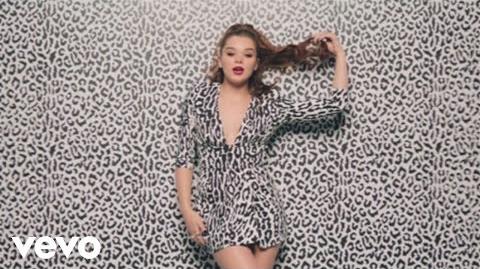 Retrieved from "https://zedd.fandom.com/wiki/Starving?oldid=9127"
Community content is available under CC-BY-SA unless otherwise noted.